OK I have a huge complaint!  I love playing Scrabble.  It is my all time favorite game.  I don’t always win, but I love words!  Hearing words, learning new words and reading words!  As Hamlet said…”words, words, words…” (a2s2).  So when I got a Kindle, I was thrilled to find a Scrabble game on it that I could play with the computer.  I hate to brag but my winning percentage is 90% against the computer.  But what I want to talk about is an app I have on my phone called “words with friends”.
“Words with Friends” is much like Scrabble.  The board is configured differently, and some of the acceptable words are different from Scrabble but that is about the only 2 differences.  Right now I have 6 games with different friends and family going on.  I love it!!!  However…
I recently found out that a certain person I was playing with was using a dictionary!  How unfair is that????  He…I mean “they” didn’t feel this was cheating!  How I caught h…them was, the words that h…they were playing were words I had never seen or heard of!   Words like:  gooral (can’t even find this one on dictionary.com, but it means the same as goral: which is a type of goat antelope in the Himalayas), and yclept (verb, a past participle of clepe). 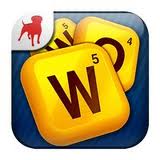 When that second word came up I asked h…them what it meant and he said he didn’t know that he had just found it in the dictionary!  I was shocked!  This is a highly educated person who has played Scrabble with me many times and h…they insisted it wasn’t against the “words with friends” rules.  He even found their rules on line and emailed the link to me to prove it.  Well he was right, it wasn’t in the rules BUT, anyone would know that if you are using a dictionary, it is unfair…right?  I refused to finish the game until they promised to stop.  Otherwise, I would just go back to playing with the computer on my Kindle! 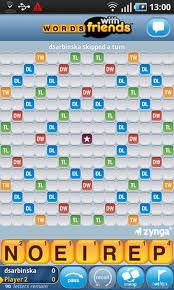 Now did I overreact?  I don’t think so but they felt I had.  I want to see what you all think.  Even if you haven’t played it before, what do you think? If you say “yes” ,  I will know you are one of those who are cheating and using dictionaries against their opponents!  So either way you lose!
Posted by Lady Bardfan at 9:43 AM

I agree whole heartedly with you, Leslie. It is absolutely no fun to play that game when your opponent plays with a dictionary. That's my two cents worth!
Kathy Lumpkin

Oh yes, this is cheating. The downside to this game is that they have not only dictionaries, but full online help pages where you can type in your board and get the best possible word with your letters. What's the point? I'll play you! I uninstalled the game because it stopped being fun but will reinstall it.