I have mixed feelings at the end of the Holiday Season. I love the whole Halloween-Thanksgiving-Christmas-New Years holiday time. Although I have never gotten into the New Years celebration, I do love the feeling of the new beginning and a fresh start. I love to create the atmosphere in my home to help celebrate each holiday. So it is always sad to put away the decorations. 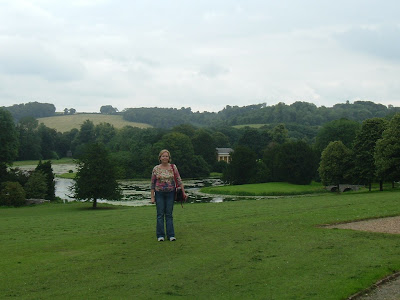 Picture of me at West Wycombe Estate in Oxfordshire, England (July '07). Not that it applies to anything in this blog, I just wanted you to see how beautiful the country is over there! Also to remind me that our cold weather won't last forever.
There is a lot of discussion on when one should put away the decorations. I personally like to wait until the day after New Years day. It seems that when I put them up on December 1st, I am so busy getting everything ready and done the rest of the month, leading up to my Jane Austen tea party (Dec. 16th), then to Christmas Eve, that I really enjoy the decorations more after Christmas Day. What do you think? Am I alone in this idea?
I realize that when I did have young children at home I took them down the day after Christmas but not anymore. I want to linger and enjoy the Spirit of the holiday a little longer. In fact it was very sad to get into my car at 5:30 am to take Kim and Tammy to the airport, and not hear Christmas music on the 2 radio stations that I have listened to, for the first time in over a month.
Now it is back to talk radio and politics (which I enjoy but needed a break from). Coming home to the decorations helped with not having that feeling of "it's all over for another 11 months". 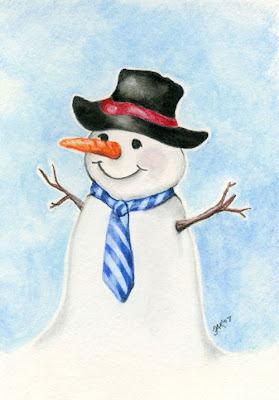 Of course, I can't go cold turkey on the decorations. You know how much I hate the cold, (which I might add, it has been horrendous the past few days!), so to wean myself off decorations gradually, I like to put up "Snowmen" decorations for the month of January. That is the ONLY way I like "snow", besides in pictures. Then after January, there is Valentines day decorations.... and so on and so on....
Don't you just love holidays!!!!!
Posted by Lady Bardfan at 6:29 AM 3 comments:

I'm sick of the cold, I miss the summer!

It's been too cold the last two days, I miss the heat of summer. If you do too, take a minute and enjoy this video of our water arobics class. We made this for a church talent show, you will be amazed at our synchronization!

Jane Austen was born on December 16th, 1775, in Steventon, Hampshire, England. She was the sixth child. Her life is marked by the ordinariness of it--which may explain why she was able to write so brilliantly about the every-day life of the country gentry in Regency England. At age 26 she moved to Bath with her family where she lived for 5 years.

At the death of her father, she then moved back to Hampshire to the village of Chawton where most of her well known novels were written. Jane Austen was first published in 1811. The book, "Sense and Sensibility", was written in 1797/8. She then embarked on the writing of "First Impressions" which later became, "Pride and Prejudice" and was published two years later. "Northanger Abbey" was completed in 1799 but not published until after her death, along with "Persuasion". However, "Mansfield Park" (1814), and "Emma", (1816) were published before her death even though they were written after "Northanger Abbey" and "Persuasion". At the time of her death, she was working on her next novel, "Sanditon". A lesser known work "Lady Susan" is a small work written in a series of 36 letters, but it tells a great story! 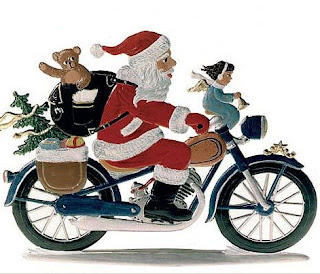 It was the perfect day. I was on my way to finish up the last of my Christmas shopping. The radio was on 24 hour Christmas music, and they were playing one of my favorites, the Trans Sibrean Orchestra playing "Christmas Cannon", when what to my wondering eyes should appear...I saw Santa Clause on a motorcycle, on his merry way to cheer up children somewhere. It was magical, funny and exciting all at once. I felt like a kid all over again!
I hope you are all enjoying the Christmas Season and the Spirit it can bring into our lives!
Posted by Lady Bardfan at 6:48 AM 7 comments:

So far I have given you 10 great Christmas movies to see, now for the rest of the list. I know it will be impossible to see all of these movies during this busy time but if you want Christmas to last all year.... Anyway, the next on the list is "The Shop Around the Corner". This has been remade 2 other times, ("In the Good Old Summertime" and "You've Got Mail") but the original, as usual, is the best. Probably just because Jimmy Stewart is in it but also because of all the other great actors. It takes place all during the Christmas season and is really fun! 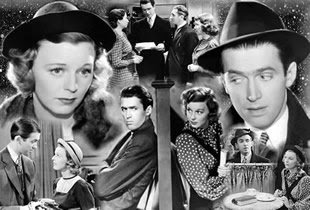 Next has to be "A Charlie Brown Christmas". Not much more can be said about this classic. It is amazing to me that this movie is still enjoyed by a new generation, which shows that it is not the new technology but the story that makes a great movie. 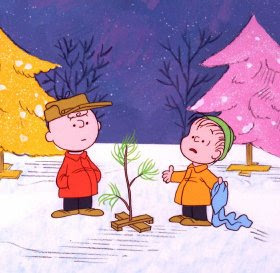 Ditto for "How The Grinch Stole Christmas". Even though the Jim Carry movie version is good, my grand kids still prefer the animated original! 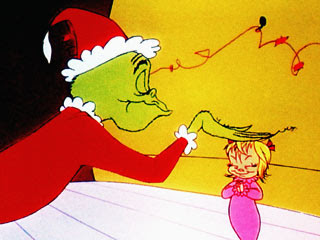 This next one is probably not known to many of you. It is "Holiday Affair" with Janet Leigh and Robert Mitchum. Both great actors, this is about a widow with a young son and how 2 men are trying to win her affections. I bet you can guess who wins. Robert Micthum is really good in this and he is in a role you rarely see him in, the romantic lead. 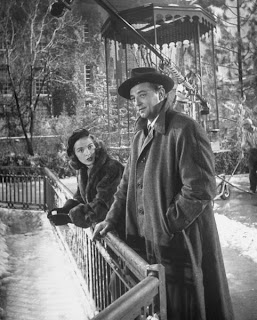 Then of course is "A Muppet Christmas Carol". How could you go wrong with the Muppets and the GREAT Micheal Caine! Enough said, except that this movie is hilarious! It is also a great way to expose young kids to Dickens without scaring them. The "spirits" in this version aren't as scary as others. 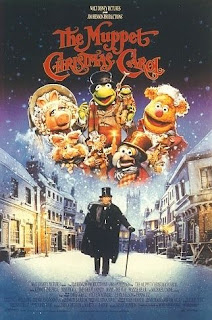 Now you have my top 15 Christmas movies to check out. However, here are some others that are worth seeing:
The Ultimate Gift (this is a great one!!!)
Claymation Christmas Show
Creature Comforts Christmas
Polar Express
The Santa Clause 1,2,3
White Christmas
The Nativity
Meet Me In St. Louis
If I have left one that you like off the list, let me know. I am always looking for fun Christmas movies to see!
Posted by Lady Bardfan at 6:59 AM 2 comments:

What An Amazing Show!!!!

I was going to write a review of the play "The Winter's Tale" by William Shakespeare that is being performed at the Mesa Arts Center for the next 3 weekends by the Southwest Shakespeare Co., but then I read the review in the Arizona Republic and it said it all!

The Cast was perfect, their performances were impeccable, the costumes were amazing, the set was very creative, and at intermission, the Wassail that was on sale was delicious. There were even some very cute bears to by as a souvenir! (You will get the significance of the bears if you see the show). So, the evening was unforgettable.
Here is the link to the Arizona Republic article: http://www.azcentral.com/community/mesa/articles/2008/12/01/20081201winterstale1202.html 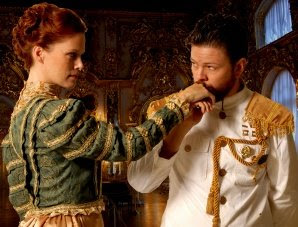 This play is rarely performed and it is my favorite so please go see it. Half of the shows are already sold out so hurry!!!! You may not ever have the opportunity to see it done this well again, unless SSC does it again of coruse.
Posted by Lady Bardfan at 8:06 PM 3 comments: