"Adam" is a must see Movie!

Now, those of you who have seen this movie already will be surprised that I am HIGHLY recommending it even though it doesn't have the typical ending that I love, but it does have the right ending for this story. With that said... 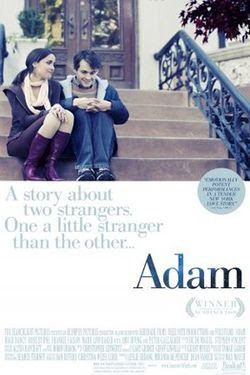 "Adam" is about a young man who has Asperger's Syndrome which is a type of high functioning Autism. He slowly develops a friendly relationship with his upstairs neighbor, Beth. The way the relationship develops is slow and sweet, as Beth learns more about Asperger's and Adam (played wonderfully by Hugh Dancy), learns how to relate one on one with Beth.

Beth is so patient as Adam tries to open up and the film does a really great job of depicting how this Syndrome affects those who have it and how they want a life like everyone else. Beth also has to grow and learn to cope with events in her life and Adam is able to help her even though he has this disability. 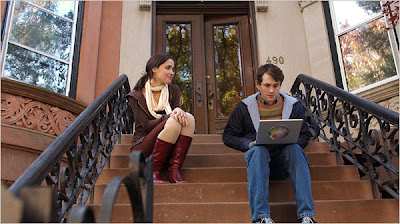 I like movies where the characters grow and are better in the end and this one does that so well that the ending is just what is needed. I don't want to say anymore without giving it away. 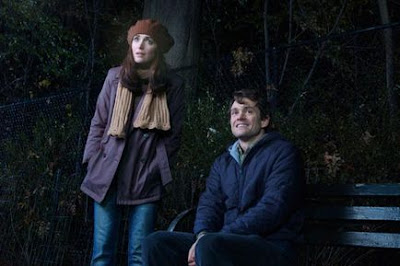 Since this is an independent film you may have to search for it but it is worth the search. If you can't find it, write down the title and watch for it when it is released on DVD.
This is one great movie!

Posted by Lady Bardfan at 7:40 PM No comments:

I am SOOO out of here!

I am on my way out of town tomorrow mid day and heading to Cedar City, Utah for the Shakespearean Festival they have there every summer.

It is an amazing venue with 3 theaters, one of which is a replica of "The Globe". My sister and I meet there each year and we are hoping to get the other sisters and sister in-laws there eventually.

They perform 6 plays each summer, 3 Shakespeare, 1 musical, and 2 comedies. This year we are seeing 4 of the six. 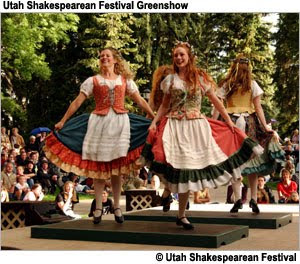 I will be gone until Thursday evening so don't miss me too much and I will let you know how the plays are when I get back.
If you are ever visiting the Western USA, especially the Grand Canyon area, Cedar City is only about 2 hours from it so plan on making a stop to see the plays. Also, make sure you stop at Jacob's Lake Lodge at the Grand Canyon turn off. BEST COOKIES ON THE EARTH!!!!
This is my favorite drive! Can't wait!
Posted by Lady Bardfan at 2:39 PM 2 comments:

Charles Dickens words should be a warning...

I am in the process of reading "A Tale of Two Cities" by Charles Dickens. As I have stated before, no one creates characters as well as he does. He also has some great advice that I think our government officials (yes, no caps as they are not as important as they think they are), would be wise to contemplate. 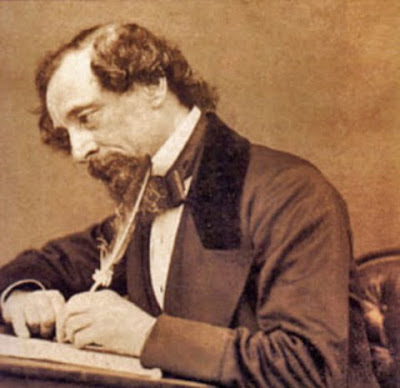 In Book 2, Chapter 8 he writes:
"Expressive signs of what made them poor, were not wanting; the tax for the state, the tax for the church, the tax for the lord, tax local and tax general, were to be paid here and to be paid there, according to solemn inscription in the little village, until the wonder was, that there was any village left unswallowed." 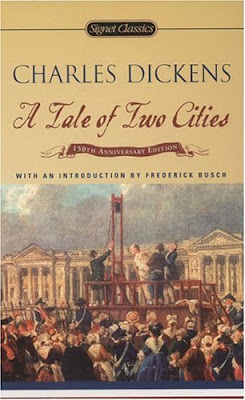 This quote was a foreshadowing of the beginning of the French revolution in the story. I think our politicians (both parties) should go back and take a European history course and find out what happened to the elite of France because that is what they(our politicians) think they are. 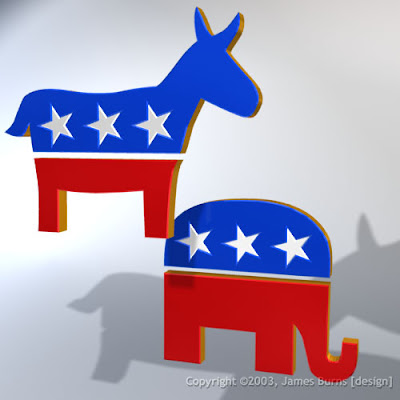 A Must See Movie Gem! 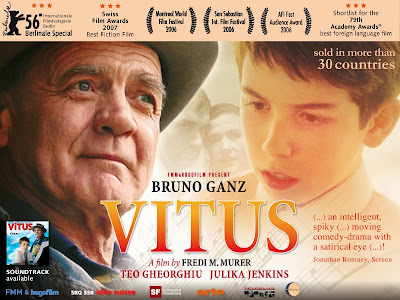 My friend Kim brought over a movie a week ago for me to watch because she and her sister Tammy had enjoyed it so much. It was one I had to sit down and watch as it is in German so I needed to read the sub-titles. The movie is "Vitus" and it was made in Switzerland. It is WONDERFUL!!!!

The story begins as a boy,Vitus, of about 13 year of age, is flying off a private air field in a small airplane by himself and without permission we assume. After that, time slips back a few years to when Vitus is 5 years old. He lives with his mother and father and he has a very close relationship with his paternal grandfather, who plays a very important role in his life.

Vitus is an exceptionally intelligent boy and after 6 months of piano lessons, it is obvious he has a gift because he plays amazingly. The 2 actors that they got to play Vitus at the the ages of 5 and 12 could really play the piano. I am always amazed that after all the years of lessons that I took, these boys could play circles and more around me. Back to the movie...along the way he develops a crush on his 12 year old babysitter, Isabel, and there is an adorable scene where he,(the 5 year old Vitus) is playing rock music for her on the piano to sing and dance to. His parents eventually had to fire her and Vitus rebels.
Vitus begins to skip grades at school because he is so intelligent and is eventually allowed to graduate at 12 and began studying for the entrances exams for the University. He has a great future ahead of him but all he really wants is a normal life and the main theme of the movie is what he has to do in order to have a normal life.
There is also another story line going on and that is what the effect is on the parents of having such a gifted child. It is a sweet love story both between the parents, and the boy and his grandfather.
There are some very funny and also touching twists all through the movie. One minute I was laughing, the next, I had tears in my eyes, and the next I was doing both. Try to find it and watch it. It is a treat!
I was able to find a trailer for the movie on youtube so check this out:
Posted by Lady Bardfan at 11:41 AM 3 comments:

As most of my blog follower's know, I LOVE JANE AUSTEN!!! 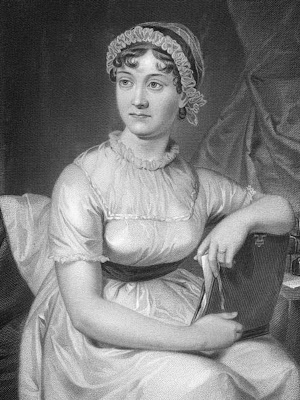 I am always regretting that we only have 6 1/2 novels, plus one short epistolary novel (Lady Susan), of hers from which to get our "Austen" fix. However, I consider myself fortunate in that I am not a complete "purest" when it comes to Austen. I am happy with any variation of her works that I can get, as it tends to satisfy my need for more "Austen!" That is why I enjoy everything closely linked to Jane Austen's works. One of the most recent additions is the release on DVD of "Lost in Austen."

This is the story of a modern day Londoner, Amanda Price, who accidentally switches places with Elizabeth Bennet, at the beginning of the story of "Pride and Prejudice." Amanda spends the rest of the show trying desperately not to mess up the story of "P&P" that she loves, and which she has landed in unintentionally, but she fails completely. Some fans may think it almost blasphemous towards P&P, the way this movie ends, but I loved to see the possibilities of a different ending but still invoving the same characters that we love. 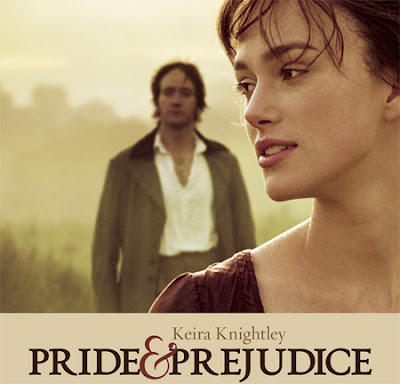 Anyway, getting to my real reason to post this.

I just finished a book entitled Old Friends and New Fancies by Sybil G. Brinton. It was published originally in 1913 and was the first sequel to any of the Jane Austen books. 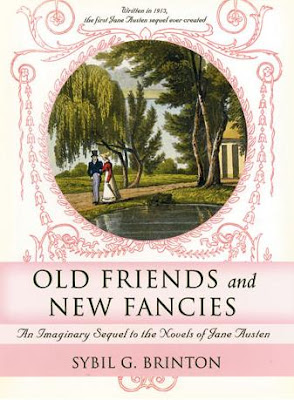 I was especially intrigued by this book as it includes a few to several characters from all 6 of JA's books. Of course the main characters are Elizabeth and Fitzwilliam Darcy, Georgianna Darcy and the Bingley's. It begins 3 1/2 years after the Darcys are married. But throughout the book we are reacquainted with several other Austen characters, to name a few, Col. Fitzwilliam, Mr. Bennet (P&P), Mary Crawford, William Price (Mansfield Park), James Morland (Northanger Abbey), Elinor(Dashwood) and Edward Farrars(S&S), Emma (Woodhouse) Knightly (Emma), and my personal favorites, Anne and Captain Wentworth (Persuasion). 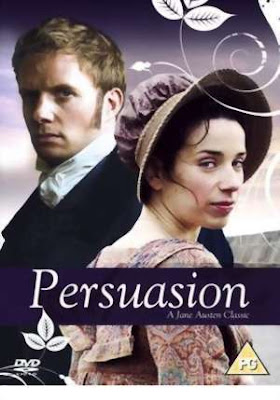 The language of Old Friends & New Fancies is the closest Austen's original language, of all of the sequels that I have found, and I have read several other attempts by authors to try to replicate her books in sequels. Also, Brinton gives us the opportunity to let our imagination "fill in the blanks" just as Austen does with her original works. Everything is not spelled out for us, but is alluded to, so we can imagine a scene as we want it to be, if that makes sense to anyone but me.

My only complaint is that in the beginning of the book, I found it somewhat confusing with all the different characters. However, as the book continues, the characters are weeded out and the last half focuses on a select few to continue and conclude the story. I found it a very entertaining and enjoyable excursion back into Regency England and a chance to visit once again some of those characters we have come to love or hate from Jane Austen's wonderful stories.