Yes, Russian's Can Be Funny!

If you have been following my posts, you know I have to have happy endings.  That is why I stay away from Russian novels, and movies.  I have never seen or heard of one that is happy!  Until now.
You don’t have to love classical music or have an interest in it, to enjoy a new Russian movie out now called, The Concert.  Now, I will shock you by saying that it is a comedy and it has a very happy ending, and yes, it is Russian. 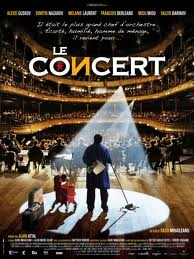 The plot is about the renowned conductor of the Bolshoi Orchestra, Andrei Simoniovich Filipov, played by Alexei Guskov, who was unfairly fired during a performance, 30 years previously, and now works as a janitor in the Bolshoi Theater.

Alexei Guskov
One day, as he is working, Andrei intercepts and a fax from Paris, asking the Bolshoi Orchestra to perform in Paris in two weeks, due to a sudden cancellation of an American Orchestra.
Andrei decides immediately that instead of turning over the invitation to the current conductor of the Bolshoi, he would round up his orchestra from 30 years ago and go and do the performance in France, thus hoping to have a comeback in the classical music world. 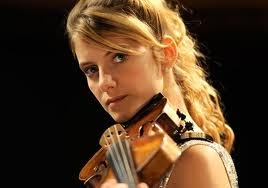 Melanie Laurent
I don’t want to give away why he was fired because that is part of his main reason that he HAS to play in Paris, with a very particular violin soloist named Anne-Marie Jacquet (played by Melanie Laurent), that lives in Paris.  The comedy starts as he begins to locate his old orchestra members and sees what they are doing in their lives today. 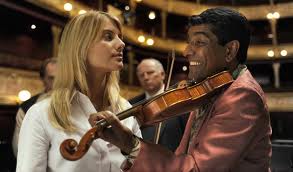 The details are in chaos but they pull it off due to some very ingenious conning on the part of their “manager”, who is still a closet communist.

The back story of the movie is very touching as to why Andrei was fired and the consequences to some of the Orchestra members’ lives.  It all culminates at the amazing performance in Paris by the orchestra and the violin soloist, when you get all the questions answered.

You will want to give them a standing ovation at the end because it is so great!  Search out this movie and if it doesn’t make it to your area, make a note and rent it when you can.  It is one you should not miss!
Watch the trailer here:  http://www.imdb.com/video/imdb/vi2727544345/